Ben Emison, 82, Weatherford, Tex., passed away on August 15, 2019. As a charter member of the Atlantic Coast Cutting Horse Association; an NCHA Director and Executive Committee member; the producer of seminal horse sales and limited age events; as well as a founding partner of Western Bloodstock, the cutting and performance horse world’s premier auction company, Emison’s contributions to the cutting horse world were invaluable. 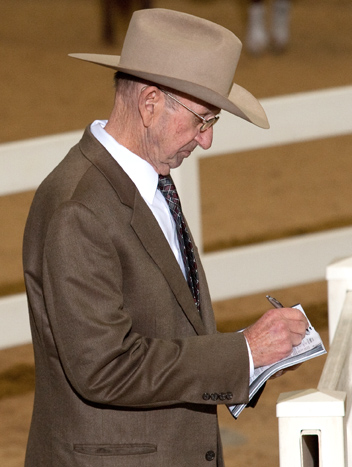 Born and raised on an Arkansas cotton farm, following high school, Emison worked on a number of ranches with the goal of becoming a horse trainer. In 1968, he went to work as manager of Thaggard Farms in Maddon, Miss., where with the encouragement of owner and mentor Dr. Lamar Thaggard, he became involved with cutting events and horse sales.

In 1975, Emison began producing consignment sales on his own, as well as in conjunction with cutting horse shows, and in 1979, was asked by Silverbrook Ranch owner Helen Groves to manage her famous Silverbrook Farm sale in Virginia. In the meantime, Emison had become good friends with legendary auctioneer Ike Hamilton and after attending an auctioneering school in Decatur, Ill., acquired his auctioneer’s license. 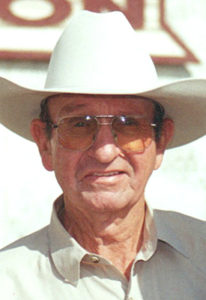 Along with the late Bobby Pidgeon, in the 1990s, Emison produced the Western Heritage series of limited age events at Steamboat Springs, Colorado, as well as  Abilene and Belton, Texas, which were popular for their big purses and schedule of activities that helped make cutting fun for all participants. In addition, he purchased an equine insurance company in 1997, which became the highly respected Ben Emison Insurance Agency.


“He was a friend to all and he treated everyone with fairness and integrity,” said Milt Bradford, also a founding partner of Western Bloodstock and longtime friend and associate of Emison’s. “We were partners for 13 years and in all those years, there was never a cross word between us. It is hard to imagine the Futurity Sale this year without him standing next to the podium with a catalog in his hand.”

In 2012, looking toward retirement, Ben Emison and Milt Bradford sold Western Bloodstock to NCHA world champions and cutting horse breeders Jeremy and Candace Barwick, with the gentlemen’s agreement that they would continue to be supportive during the sales.

“We met when I was 16 years old and from that day forward, he has been the greatest friend and mentor anyone could want,” Jeremy Barwick said of Emison. “Through my years of training and selling horses, I always had Ben to call, and once I decided to make a career change into the horse sale business, Ben again was the one to call.

“Thanks to Ben and Milt I am able to do everyday what I love to do. And if I ever have a problem come up, it never fails that I ask myself, ‘What would Ben say?’ His philosophy has always been to make the customer happy. He left me a legacy and I will do everything in my power to make him very proud of what he built and entrusted me with. We at Western Bloodstock love him and will do all we can to keep him proud.”

Last year, Emison received NCHA’s highest honor, when he was inducted into the NCHA Members Hall of Fame.

The funeral Service for NCHA Members Hall of Fame Inductee Ben Emison will be webcast at 2 p.m. (Central) on Wednesday, August 21 from the Parker County Sheriff’s Posse, Weatherford, Tex.

Go to  www.chclivescoring.com/ during the services to watch the webcast.