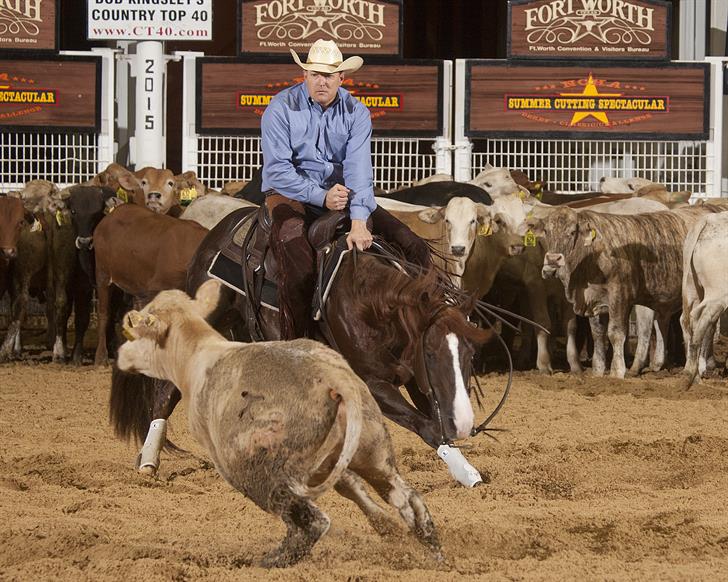 NCHA Championship Futurity for 3-year-old horses which have not been shown.

NCHA World Championship Finals. Fifteen Entries are taken in both the Open and Non-Pro Championship classes, based on the Top Standings from each class.

Eastern National Championships presented by The 6666 Ranch. Contestants in NCHA's affiliate or area standings are eligible to compete in the 12 approved Championship classes.

Western National Championships presented by The 6666 Ranch. Contestants in NCHA's affiliate or area standings are eligible to compete in the 12 approved Championship classes.

In addition, NCHA organizes NCHA Weekend during which shows are held for all 25 NCHA Regions in the USA and Canada.
Lookup horse and rider earnings. NCHA Produced Event Publication, Flyer and Advertising Policy 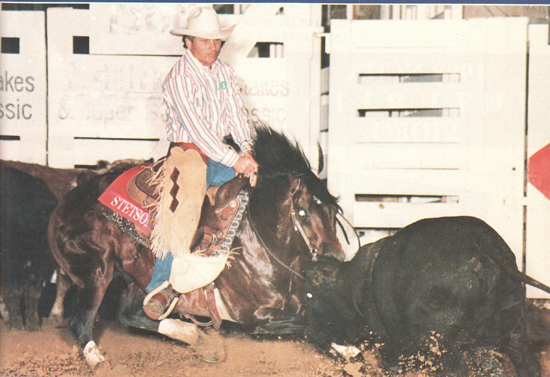 “It’s a storybook ending,” said Bill Riddle, after capturing the 1988 NCHA Super Stakes championship aboard Aglows First Rio and the 1988 Super Stakes Classic with Fannin Sugar. He also placed third in the Classic on Poco Quixote Rio, the gelding he had shown to win the famous 1987 Gold & Silver Stakes, with a winner’s purse of $1 million.

In 1977, Bill Riddle had given up a nine-year teaching career to follow the path of his brother Terry Riddle, the trainer who had shown Freckles Playboy as 1976 NCHA Futurity co-reserve champion. Bill’s first major win came in the 1981 NCHA Derby on Docs Otoetta, sired by Doc Bar and owned by Albert Paxton.

By 1982, Riddle had become head trainer for Crawford Farms, in Carrizo Springs, Texas, where he showed Freckles Aglow, the dam of Aglows First Rio, as reserve champion of the 1984 NCHA Derby Classic. Aglows First Rio, by Doc’s Hickory, and Poco Quixote Rio, by Doc Quixote, were both bred by Crawford Farms and both 3-year-olds in 1986, when Riddle moved to Fredericksburg, Texas to put together a show string for Fares Ranch.

Poco Quixote Rio and Aglows First Rio were among Fares Ranch’s first acquisitions in 1986, along with 3-year-old Holidoc and 4-year-old Laney Doc, both sired by Doc Quixote, and 3-year-old Fannin Sugar. In addition to Poco Quixote Rio, Aglows First Rio and Fannin Sugar, Riddle would show Laney Doc for Fares Ranch, as reserve champion of the 1986 NCHA Derby, and Holidoc, as the winner of the West Texas Futurity and to third place in the Gold & Silver Stakes.

By 1988, Bill Riddle had earned over $2 million in cutting competition and ranked among the sport’s all-time leading riders. With the advent of pari-mutuel racing in Texas, however, Issam Fares, a Lebanese financier who raced Thoroughbreds internationally, decided to turn his Fredericksburg facility into a race training operation. Riddle, who had agreed to make the switch with Fares, anticipated that the Super Stakes might be his last time to show as a cutting horse trainer.

A week before the 1988 Super Stakes, Fares Ranch held a complete dispersal of their cutting horses. It was Tracy Miller, Trabuco Canyon, Calif., who purchased Aglows First Rio for $62,000 at the Fares dispersal, and when the Doc’s Hickory daughter scored 222.5 points to win the Super Stakes, Miller collected a $58,141 winner’s check. Following the Super Stakes, Aglows First Rio, also third-placed with Riddle in the 1987 NCHA Futurity, continued a successful show career with Miller in non-pro limited age events, as well as with Frank Craighead in open, and retired with $197,002.

Bingo Hickory, shown by Rusty Carroll for H.L. Albright, scored 221 points for the Super Stakes reserve championship and $51,182. Carroll and the Doc’s Hickory son would go on to claim reserve championships in the 1988 Breeders Cutting, as well as the 1989 Gold & Silver Stakes, and earn $178,132.

Fannin Sugar, also purchased at the Fares Dispersal, by Ken and Wanda Jackson, scored 223 points with Riddle for his Classic win. The Son O Sugar colt had been purchased by Fares Ranch for $50,000 at a dispersal sale in 1986 and was shown by Riddle as a semi-finalist in the 1986 NCHA Futurity.

Playboys Angela scored 221.5 points for the Classic reserve title under Terry Riddle for Tony Langdon. The Freckles Playboy daughter, out of 1975 NCHA Futurity champion Lenaette, was bred by Terry Riddle, and shown by him and non-pro rider Langdon, to earn $131,010.

Bill Riddle, currently the lifetime earner of more than $4.5 million, stayed with Fares for several years following the 1988 Super Stakes, but came back to cutting and the NCHA, where he has contributed much to the success of the Association as a director, committee member, and president. He is also among a distinguished group of cutters who have been inducted into both the NCHA Riders Hall of Fame and the NCHA Members Hall of Fame.

To read more from Sally Harrison visit her blog at sallyharrison.com